If you need an inspirational and knowledgeable speaker about mental health and overcoming challenges in life, such as bereavement, Elaine Hanzak is just what you need for your event. She shared her story in her first book, ‘Eyes without Sparkle – a journey through postnatal illness’ (CRC Press, 2005), that describes how shebecame so ill, and recovered, after becoming a new mother. This changed her career from a school teacher, into an international speaker, raising awareness, sharing knowledge and challenging the stigma often around mental illness.

She has regularly appeared on national television and radio programmes, for example, BBC Breakfast and been featured widely in the media.

She was the runner-up of the British Journal of Midwifery Award 2016 for Contribution to Midwifery as a non-midwife.

Elaine’s second book, ‘Another Twinkle in the Eye – a guide for contemplating another pregnancy after perinatal illness’ (CRC Press, 2015) was highly commended by the British Medical Association for outstanding contribution to medical literature.

Elaine has spoken to a wide range of audiences including healthcare conferences and workshops, university presentations, HR events for international banks for example and women in leadership events. She also chairs conferences.

One of her delegates wrote to Elaine, ‘I was once told life that people come into your life for a reason, a season or a lifetime and I believe that you fit all three. You touch people to think about mental health and you may stay in their life for a season which will help them through their hard times but I believe you stay in people’s lives for a lifetime for the impact and positivity that you have.’

If you’re interested in featuring in our Local business directory then please do get in touch using the form below. There are options for free or premium listings, and we’d be very happy to discuss all options with you. 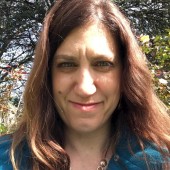 We speak to Dr Harvey Karp